A key member of Guildfords Senior Management Team, William joined Guildfords in 2017.  William was formerly President of a successful steel fabrication and environmental services business catering to the oil and gas sector with operations in Atlantic Canada and Alberta. William brings 19 years of experience in the areas of operations, marketing, finance and business development. He has worked for large publicly traded and small and medium sized businesses. William attended St. Mary’s University in Halifax where he completed his Bachelor of Commerce degree. 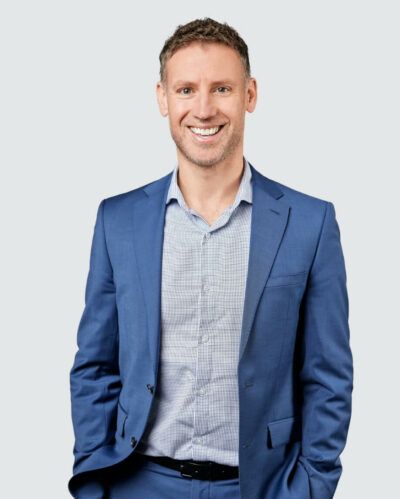 Darren is an experienced financial executive who has spent the previous 30+ years working as a professional accountant with the last 20 years at the CFO/Director level. He has worked with private and public companies involved in a number of different regions and industries, including Renewable Energy, Composite Piping Manufacturing and Service, Marine Fabrication, Industrial Distribution, Pollution and Environmental Spill Containment, and IT Consulting.  Darren holds a Bachelor of Business Administration from Acadia University in Wolfville. 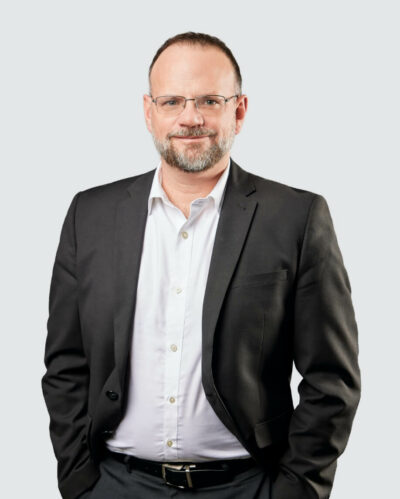 We are uncompromising about keeping people safe. Our company culture and progressive policies and procedures around health and safety ensures we all go home safely at the end of the day. 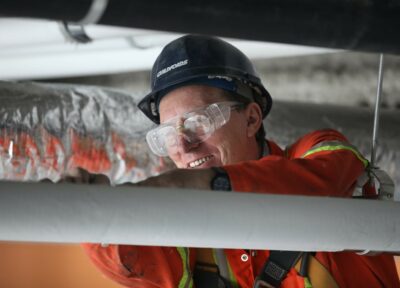 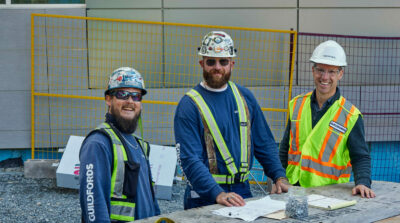 We build meaningful relationships with our customers that are built on trust, transparency, respect, and collaboration. We are accountable and use our experience to ensure we deliver projects on time and on budget. We focus on quality workmanship and building long term business relationships which brings value to both our customer and our company. 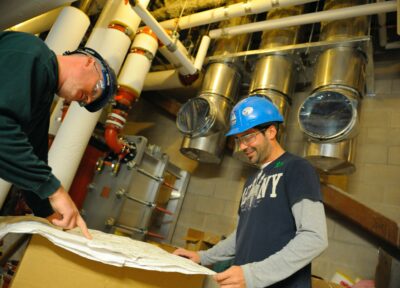 Our commitment to construction goes deeper than the bricks and mortar of our craft. We constantly strive to redefine the standard of excellence in everything we do. We challenge conventional views which drive us to optimize our services and bring new products to our customers. We do not focus on the eureka moment but rather the small incremental advances that add up over time. 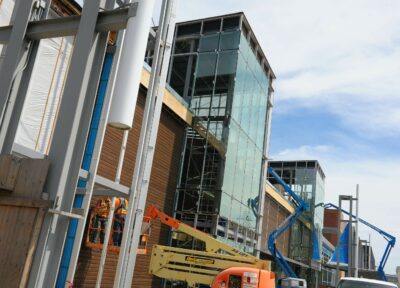 We actively build a diverse, inclusive, and collaborative work environment where all views are welcomed, openness is encouraged, and teamwork and merit are cornerstones. We are immensely proud of what we do and how we do it.

Become part of the team 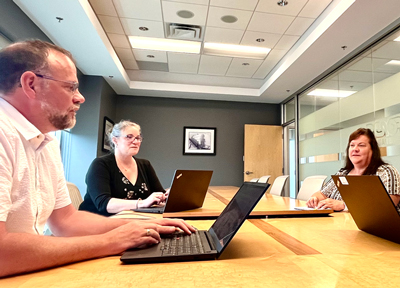 Robert Adams (R.A.) Guildford settled in Halifax and set up shop as a ship’s chandler, specializing in supplies for the still new steam-driven trans-Atlantic freighters. 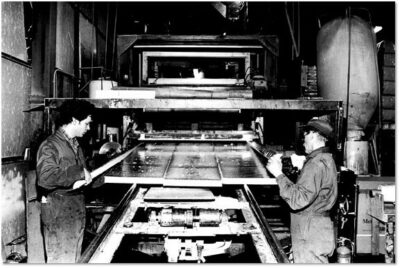 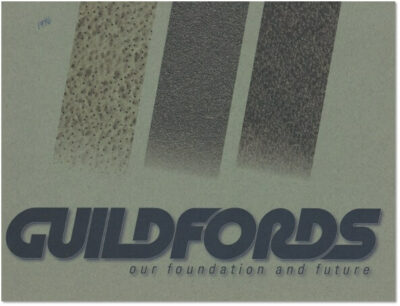 “No job too large—none too small for Guildfords Limited.” 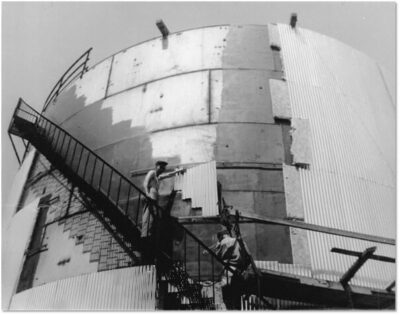 Guildfords took advantage of the post-war building boom and expanded. Manufacturing divisions emerged and Guildfords became a Canadian leader in insulation products for “the basement furnace to the largest industrial job.”

Alex Guildford installed the first laminate machine to produce Purlboard, polyurethane rook and sidewall insulation, after a scouting mission to plants in England. This put Guildford on the forefront in the 1950s and 60s. 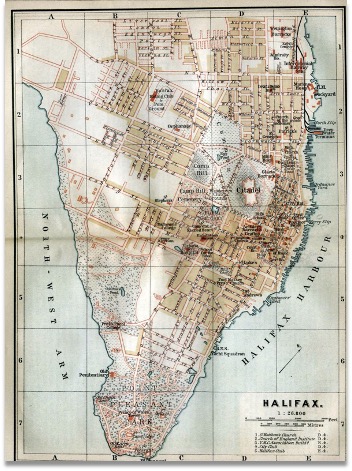 As the company grew, a Realty Division was set up to purchase and manage its site locations and participate in other realty ventures. 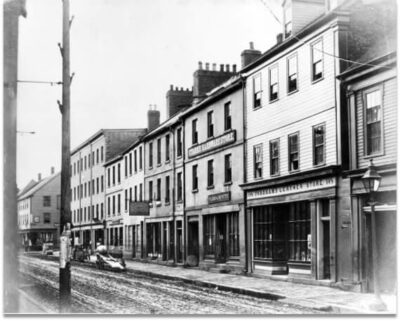 Guildfords became early converts to the use of Fibreglas, which replaced Seafelt, as the leading home attic batt insulator. In fact, thanks to Alex Guildford’s interest in recreational sailing, a division of Guildfords became involved in creative Fibreglas boats for the speedboat market under the brand, Sablecraft. 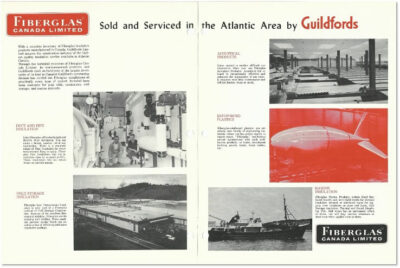 One of the earlier believers in industrial parks, Guildfords settles into Burnside Industrial Park location becoming of its first residents. 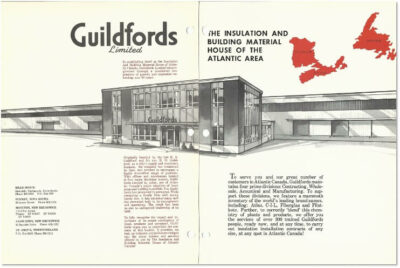 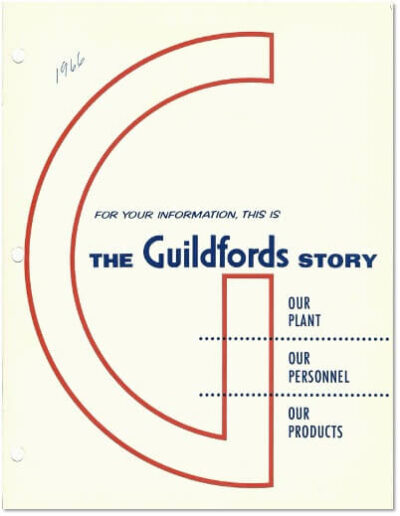 Guildfords implemented separate divisions concentrating on flooring, roofing, ceiling systems, insulation (domestic and industrial), industrial cleaning and road emulsions as it continued to be the local force in building supplies distribution and installation. 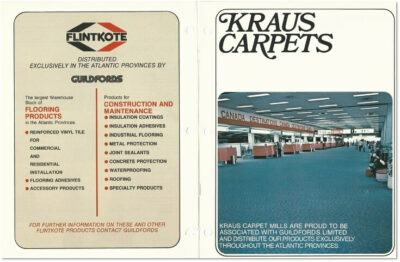 Milestone Moment: By the mid-1980s, over 50% of employees had been with the company for 10 years. (Our People) 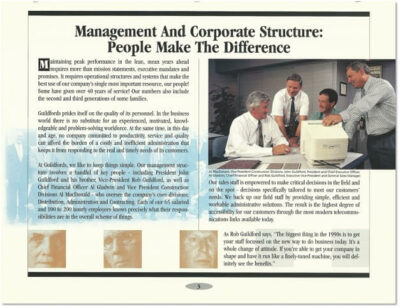 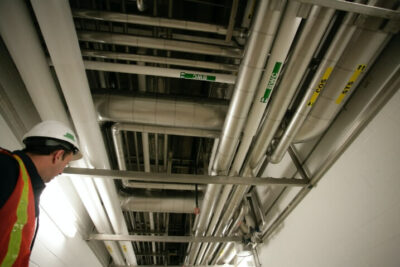 Guildfords is purchased by a group of 4 local businessmen. 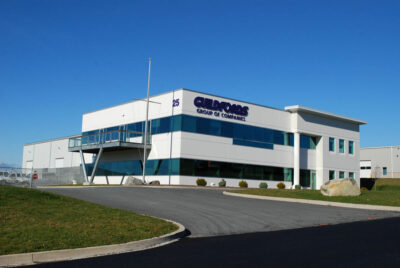 Guildfords completes 2 projects for Oil & Gas customers in Alberta which marked the first time Guildfords worked outside of Atlantic Canada. 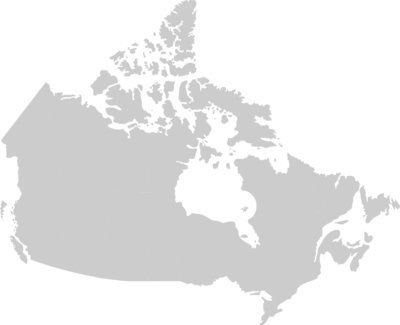 Guildfords wins a major contract to complete work on the Maritime Link Infrastructure in both NL and NS. 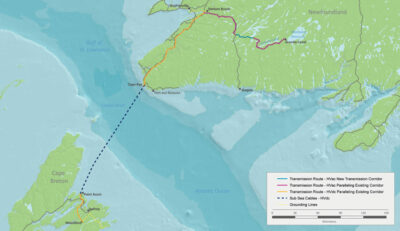 The current ownership team purchases Guildfords with the goal of growing Guildfords into a National construction company. 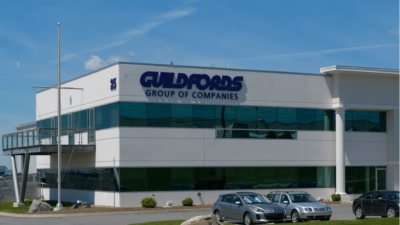 Guildfords invests to modernize the companies IT, Operations, Accounting and HR infrastructure in preparation of growth. 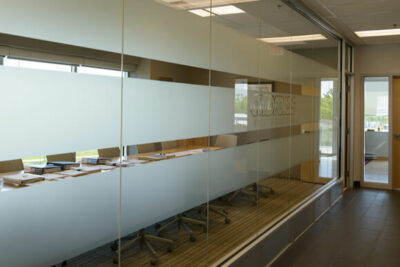 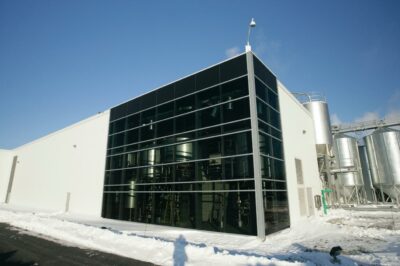 Guildfords amalgamates the group of companies; Guildfords (2005), Guild Contracting, Dover Insulation, Scotia Sheet Metal and MSM Construction into one entity named Guildfords Inc. By amalgamating all the brands into Guildfords it allows us the opportunity to take advantage of Guildfords history and name recognition and to move towards our vision which is to be The most respected multidiscipline construction brand in Canada. 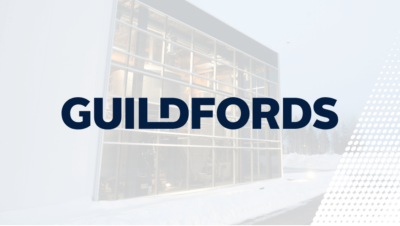 Our deep Nova Scotia roots have defined our get it done attitude. While we cut our teeth on the shores of the east coast, our services have expanded to help shape people, buildings, ships and refineries across Canada.

As the oldest insulation contractor in North America, Guildfords takes great pride in its history.

In May 1906, Robert Adams (R.A.) Guildford settled in Halifax and set up shop as a ship’s chandler, specializing in supplies for the still new steam-driven trans-Atlantic freighters.

The new mode of transport demanded new products. Guildford saw opportunity in providing insulation for the heat-sensitive steam engines and the many valves and moving parts required to keep the new vessels crossing the Atlantic. That focus on insulation is the common thread that weaves together the various Guildford operations stretching from 1906 to the present day.

In the 1950’s, already a notable 50-year-old veteran of Atlantic Canada’s business community, Guildfords began to expand, taking full advantage of the post-war building boom. Substantial manufacturing divisions emerged and Guildfords became a Canadian leader in insulation products for “the basement furnace to the largest industrial job,” as their 50th anniversary brochure promised.

Over 115 years of excellence

Guildford’s crews combed Nova Scotia’s beaches for eelgrass, which was stitched together between layers of Kraft paper to make Seafelt, one of the first batt insulators for homes. The dried seaweed trapped air between its layers and kept heat from escaping through roofs. Seafelt was produced in the plant in Sable River near Shelburne, Nova Scotia. Ads bragged that for only $200, Seafelt could be added to the average six-room Nova Scotian home and save between $50 and $80 a year in home heating costs.

Another Guildford’s product, Purlboard, employed very different technology to produce a polyurethane roof and sidewall insulation. Alex Guildford installed the first laminate machine in North America to produce Purlboard after a scouting mission to ICI plants in England. Guildford’s was very much on the forefront of insulation products in the 1950’s and 1960’s.

They stayed out in front when they became early converts to the use of Fiberglass, which eventually replaced Seafelt as the leading home attic batt insulator. A division of Guildford’s became involved in creating Fibreglass boats for the speedboat market under the brand Sablecraft, thanks to Alex’s interest in recreational sailing.

In the 1970’s and 1980’s, Guildford’s was a local force in building supplies distribution and installation services. Separate divisions concentrated on flooring, roofing, ceiling systems, insulation (domestic and industrial) industrial cleaning and even road emulsions. The 1980’s was all about expansion.

The expansion phase included becoming one of the first businesses to establish itself in the nascent Burnside Industrial Park in 1962. Today, Burnside is the largest business park north of Boston and east of Montreal and Guildfords continues to keep pace with its growth, exemplified by the recent construction of new corporate Headquarters on Guildford Avenue in the Park’s newest phase, the Atlantic Gateway Halifax Logistics Park. We are immensely proud to be the oldest, continuously operating business in the Park.

The Company was owned and operated by four generations of the Guildford family from 1906 until 2000 when it was purchased by Multiglass International, an insulation distribution company headquartered in Brampton, Ontario.

The company has its Head Office in Dartmouth, NS and maintains a series of branch offices and operations throughout Atlantic Canada with locations in Sydney and Havre Boucher in Nova Scotia, St. John’s in Newfoundland and Labrador as well as Moncton and Saint John in New Brunswick. The current ownership group purchased Guildfords in 2015.